On 1st October 2012, the Czech Republic, rated A1, AA-, and A+ (all stable outlook) by Moody’s, Standard & Poor’s, and Fitch, respectively, launched and priced a EUR 750mn tap of the EUR 2bn 3.875% May 2022 Eurobond originally issued in February 2012. Barclays, Česká spořitelna (Erste Group), SG CIB and UniCredit acted as Joint Lead Managers on the offering.

The robust secondary market performance of the original issue since February has provided a strong basis for the re-opening.

Following a benign market open, the tap was announced on Monday, 1st October at 10:00 CET with Initial Price Thoughts of MS+120/125 bps, and attracted in excess of EUR 1bn of Indications of Interest within 2 hours.

On the back of positive investor response, the orderbook was officially opened at 11:50 CET with an Initial Price Guidance of MS+120 bps area. The orderbook quickly reached EUR 1.5bn, with 110 accounts participating. Based on the high-quality orderbook the spread was fixed at MS+116 bps at 14:20 CET. The orderbook closed at 14:45 CET at approximately EUR 1.6bn and the final tap size was set at EUR 750mn.

The ongoing strong fundamentals of the country allowed the Czech Republic to price the EUR 750mn tap with a low single digit new issue premium to its existing secondary curve. The issue, which was the largest transaction priced in the European bond markets on 1st October, had several landmark features:

The transaction was placed with Asset Managers (48%), followed by Banks (36%) and Insurance Companies (7%). Central Banks and Official Institutions took 6%, Hedge Funds 2% and with the remaining 1% bought by other investors.

Jan Gregor, Deputy Minister of Finance of the Czech Republic, said: “This transaction allowed the country to achieve exceptionally favourable financing terms. It will help us to further reduce our borrowing costs, thereby achieving savings to the state budget. The swift execution also demonstrates the progress we have made in our debt management efforts in terms of our ability to react quickly to market conditions. Last but not least, it was very pleasing to see high quality investors across Europe, Asia and the UK in the order book.”

Proceeds of the transaction will be used to finance the budget deficit, fund redemptions of state debt, pre-financing, and other purposes authorised by specific Acts on bond programmes according to Article 25 (2) of Act No. 190/2004 Coll, on Bonds, as amended.

The bonds were issued off of the Czech Republic’s EUR 10bn EMTN Programme. 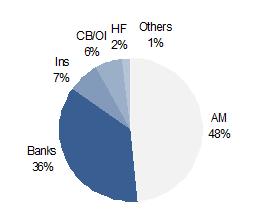 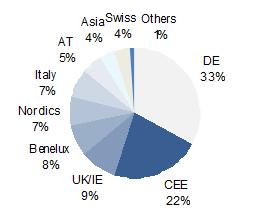